“Aruba is widely known for its white sandy beaches on the western and southern coasts of the island, relatively sheltered from fierce ocean currents, and this is where most tourist development has taken place. The northern and eastern coasts, lacking this protection, are considerably more battered by the sea and have been left largely untouched by humans.” Source: wikipedia

We had the change to go on a sightseeing trip to this part of the Island and I was astound by how different it looked! The first picture on the left is the so called Natural bridge. It’s a formation of coral limestone cut out by years of pounding surf. 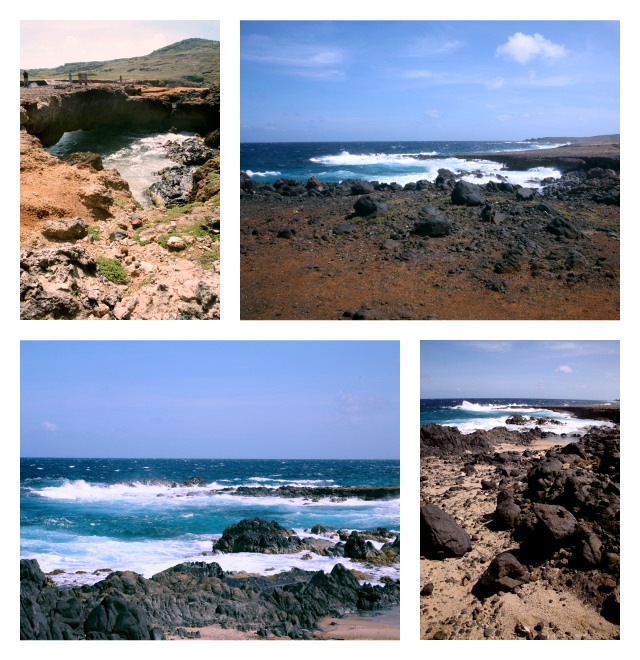